Dimitris P. Kraniotis is an award-winning Greek poet. He was born in 15 July 1966 in Stomio - Larissa, a coastal town in central Greece . He studied at the Medical School of the Aristotle University in Thessaloniki. He lives and works as a Medical Doctor (Physician) Internal Medicine Specialist (Internist) in Larissa , Greece .
He is Founder and President of the World Poets Society (W.P.S.), Vice-President of the Larissa Union of Poets and Writers, Vice-President of the Larissa Medical Association "Hippocrates", Editorial Director of the Greek medical magazine "Hippocrates", President of the Economic and Social Council of the Prefecture of Larissa, Member of the Board of Directors of the Cultural Organization of the Larissa Prefecture (Responsible for Literature), Member of the Editorial Board of the Greek literary magazine "Graphi" of the Cultural Organization of the Larissa Municipality, Editor & Director of the electronic magazine "World Poet" and the online poetic libraries "Greek Poet", "International Poet" & "Hellenic Words" and Member of the Board of Directors of the Larissa Medical Society.

He is Academician of the Academy Tiberina of Rome, Academician of the International Academy of Micenei (Italy), Doctor of Literature (Litt. D.) by the World Academy of Arts and Culture (under the auspices of UNESCO), President of 22nd World Congress of Poets (Greece 2011) by United Poets Laureate International, Ambassador of the Movement Poets of the World (Poetas del Mundo) to Greece, Ambassador of the Associacion of Writers and Artists of the Orb - ASEADLO (Asociacion de Escritores y Artistas del Orbe) to Greece, Universal Peace Ambassador (Ambassadeur Universel de la Paix) by the Universal Ambassador Peace Circle (Cercle Universel des Ambassadeurs de la Paix) & the Universal Peace Embassy (Switzerland), Board Member of the Global Harmony Association (Russia), Responsible of the World Network of Writers in Spanish - REMES (Red Mundial de Escritores en Espanol) to Greece, Poetry Ambassador (by the National Poetry Month Committee, USA) and Love Ambassador (by the Love Foundation, USA).

His poems have been translated into English, French, Romanian, Bulgarian, Serbian (Serbo-Croatian), Albanian, Dutch, Turkish, Spanish, Italian, Arabic, Chinese, Czech, Portuguese & Bengali. Central theme in his poetry is contemporary man, his impasse, his worries, his fears, his hopes and dreams.

He has won a number of international awards for his poetry (in Greece, USA, UK , France, India, Australia, etc), which has been published (in books, anthologies & magazines) in many countries around the World (USA, UK, Romania, India, Algeria, Bulgaria, Albania, China, Italy, Korea, Germany, Mongolia, Brazil, France, Australia, Canada, Serbia, Belgium, Turkey, Argentina, Nepal, South Africa, El Salvador, etc). He is featured in several encyclopedias (the free encyclopedia "Wikipedia" in 35 languages, the Greek encyclopedia "Live Pedia", the "Big Encyclopedia of New Greek Literature of Haris Patsis" and the "Who is Who in Greece ").

In 2003:
3. Silver Medal in Section "Letters" for 2003 for his poetry book "Clay Faces" by the International Academy of Lutece (Academie Internationale de Lutece - AIL) in "Grand Concours International 2003", presented in 2004, Paris (France),
4. Elected Vice-President of the Larissa Writers and Poets Society (ELOSYL), Greece,

In 2004:
5. Gold-Vermeil Medal in Section "Letters" for 2004 for his poetry book "Traces" by the International Academy of Lutece (Academie Internationale de Lutece - AIL) in "Grand Concours International 2004", Paris (France),

In 2008:
60. Honorary Award for his poetry by the First Qinghai Lake International Poetry Festival Committee (China) and the International Society of Greek Writers in the "27th Celebration of Poets", Athens (Greece),
61. Vice-Chair of the International Selection Committee for a Hymn to Harmony (ISCHH) by the Global Harmony Association (GHA), Russia
62. Academician of the International Academy of Micenei (Accademia Internazionale dei Micenei), Reggio Calabria (Italy),
63. Elected Vice-President of the Larissa Medical Association (Greece),
64. Ambassador of the Association of Writers and Artists of the Orb (Asociacion de Escritores y Artistas del Orbe, AEADO) to Greece (Spain),
65. Director of the World Harmony/Peace Academy (WHPA) Centre (Russia): The Greek Culture, researches and harmonization of Greece,

66. Academian of the Academy Tiberina of Rome (Italy),

Smokes
of cigarettes
and mugs
full of coffee,
next
to the fictitious line
where the eddy
of words
leans against
and nods,
wounded,
to my silence.

Snow-covered mountains,
ancient monuments,
a north wind that nods to us,
a thought that flows,
images imbued
with hymns of history,
words on signs
with ideals of geometry.

Noiseless wrinkles
on our forehead
the frontiers of history,
shed oblique glances
at Homer’s verses.
Illusions
full of guilt
redeem
wounded whispers
that became echoes
in lighted caves
of the fools and the innocent.

The savour of fruits
still remains
in my mouth,
but the bitterness of words
demolishes the clouds
and wrings the snow
counting the pebbles.
But you never told me
why you deceived me,
why with pain
and injustice did you desire
to say that the end
always in tears
is cast to flames.

The fireplace
was eager
to put a fullstop,
in the sentence
where the road
of my dreams
stuck
upon the word of happiness
with sparkles
of wet logs
I collected
from the inside of me
that I dared
to turn to ashes.


To the Dead Poet of Obscurity

(In honor of the dead unpublished poet)

Well done!
You have won!
You should not feel sorry.
Your unpublished poems
-always remember-
have not been buried,
haven’t bent
under the strength of time.
Like gold
inside the soil
they remain,
they never melt.
They may be late
but they will be given
to their people
someday,
to offer their sweet,
eternal essence.

Waves of circumflexes,
storms of adverbs,
windmills of verbs,
shells of signs of ellipsis,
on the island of poems
of soul,
of mind,
of thought,
one-word garments
you wear
to endure!

A roar of cars
seals the dawn
with short-cut answers,
with unyielding denials
that are repeated
explicitly
every sunset.


To You I Speak

To you I speak,
do not show indifference.
This moment
to me
is mighty.
I am happy.
These words I uttered
and all were sad.
They left,
heads down. 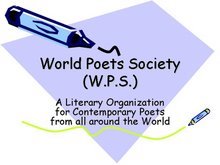